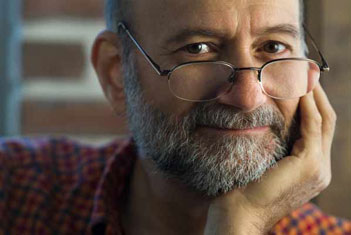 I grew up in St. Louis Park, Minnesota and graduated from Reed College in Portland, Oregon in 1968 with a BA degree. I currently live in Florida with my sweet and talented wife, Marlene, a fabric artist.

I began doing websites in 1996. I was also a chiropractic clinic director (1994 – 1997) and a chelation (alternative medicine) clinic director (1996 – 1997). I have also been a contributing editor to an alternative health E-newsletter, founded two software/Internet companies and a market research company and that’s just the short list!

This led to my writing and self publishing Lose Weight, Have More Energy & Be Happier in 10 Days in 2004 and the third edition in January 2011. I also released The Lemonade Diet: a Master Cleanse Audio CD in 2005. The first edition of my book was written after I coached 100 people on the Master Cleanse in January 2004 and saw how many people had questions about the regimen. The book is currently sold in Barnes & Noble, Waldenbooks, hundreds of other bookstores and health food stores in the US as well as on his website, TheMasterCleanse.com, and Amazon.com, where the second edition was on Amazon’s Alternative Medicine bestseller list for more than four years.

Lose Weight, Have More Energy & Be Happier in 10 Days is also published in Spanish, Hungarian, Czech, Korean, Turkish, Russian, Croatian and negotiations are under way for a French edition. All of which occasionally gives me an inflated ego, but fortunately life tends to keep that under control.

As a result, I’ve been interviewed by national and international media, including The Times of London, The NY Times, CBS Sunday News, Fox TV’s Morning Show, and NBC’s Today Show. My latest national press was for an article in Vogue Australia.

In case you’re wondering what I do in my spare time (!) I also provide Internet Marketing and website services.